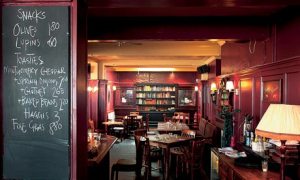 The Canton Arms – have you heard about it? If not, you really should have.. Opened back in 2010, it’s my best local gastropub – in fact the only gastropub in Stockwell, which is one of the reasons why I keep going back, but certainly not the only. The menu constantly changes so the tables are constantly full – a very good sign for any pub owner. A good friend of mine said she had fallen into a habit of going twice a week, just to see the menu change – hare lasagne was a highlight apparently!

Set up by the same chef responsible for the fine cuisine at the Anchor and Hope (Waterloo) and the Eagle (Clerkenwell), if you’ve tried the menu there, you’ll know to expect a certain standard of cooking. I am personally always excited when there are ingredients on the menu I genuinely have never heard of. Also, the unusual combinations are something of a sensory delight – try a prune and prosecco cocktail and you’ll know what I’m talking about.

My most recent highlight was the brown bread ice-cream. Weird and wonderful, the brown bread had been caramelised somewhat and so it provided a crunchy texture against the creamy backdrop of the homemade ice-cream. Again, a combination, you’d never expect to work, but it was most definitely one of the best puddings I’ve had in some time. 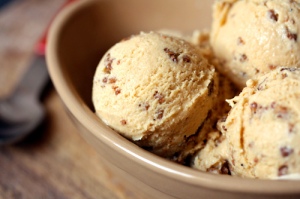 So, if you’re looking for some inspiration for your next meal, this is most certainly the place for you..alternatively just pop in for a beer after work and grab a fois-gras toastie at the bar. Superb!