Where to go for hot Vietnamese takeaway right now? 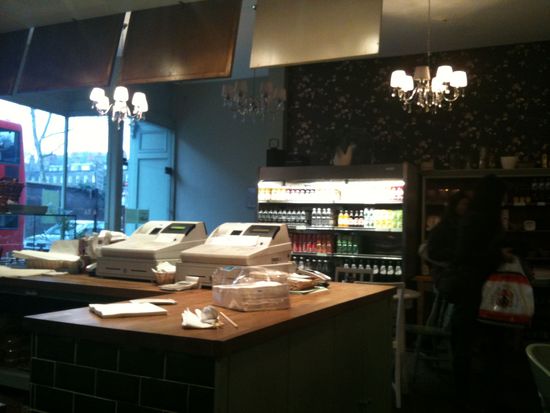 As with any good Vietnamese, the key is fresh herbs. Banh Mih provides prepped coriander and basil for you to drop into your meal personally – couldn’t get much fresher than that! I opted for the spicy beef with rice. It had a nice kick, but nothing too eye-watering. For £6, it was an excellent lunchtime treat. 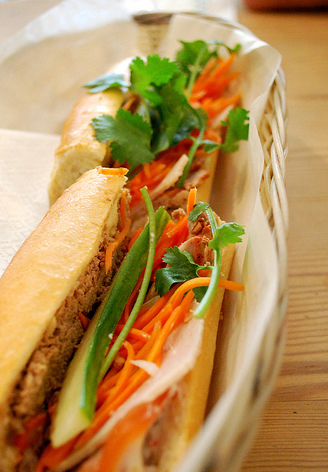 Other popular choices in our group were the shredded caramelised pork (Bahn Mi Bi) in a baguette (see photo) and the prawn Pho noodle soup.

The word is spreading fast – a sophisticated alternative to your Pret/Eat/M&S/Itzu’s of the world. I’m glad to see smaller businesses doing well and these guys more than deserve it. They are all super friendly and speedy. We’ll be going again soon for sure!

I remember when I was all about the skater style. However, back then it was all about baggy t-shirts, giant wide-legged trousers and Carhartt backpacks. It was the look when we were 16 – I even had a necklace in the form of a dog chain from the local pet shop! HOT. However, my boyfriend had the same, so there we go.

Skater style these days is all about the skater skirt. There is nothing tomboyish about this look – it’s actually super girly. So get ready to get flirty with a flippy skirt and some ladylike accessories. Pair it with a blazer for a pulled-together pro look, team with cropped, embellished knitwear to enhance a small waist or throw on a slouchy oversize sweatshirt if you’re still grunge all at heart.

This tailored Oasis skirt in burgundy (the colour of the season) – is all about classy pleat detailing in a structured fabric. I’ll be wearing it with a pale grey angora knit and chunky statement necklace for simple elegance. 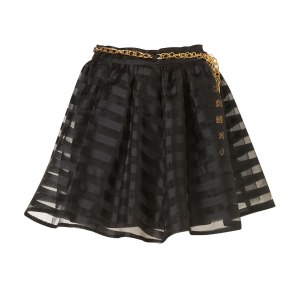 This Rare skirt is a great party piece for those in their 20s. Ditch the cheap belt and invest in a decent leopard-print ponyskin alternative and wear with a black long-sleeved scoop neck body, tights and mega heels. Top it off with a sparkly headpiece – seriously big news for A/W 2012. 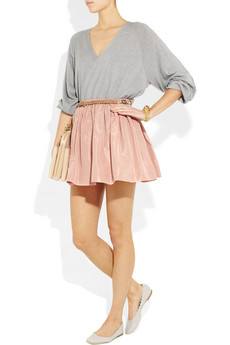 This may be an expensive skirt, but the luxurious fabric and gorgeous apricot colour make it a must-have for winter. Cute and classy. Keep your other items of clothing simple in neutral tones to showcase this beauty.

A recent trip to Spain with my fellow foodie friends meant that each meal was an opportunity to discover something special and that we did upon stumbling across Clandestino in Malaga old town.

Having navigated the narrow, winding streets into a quieter part of town, we finally discovered Clandestino. The restaurant was a combination of rustic fittings with a modern twist. Torn music posters plastered the walls and the sounds of a live honky tonk piano player filled the air. It was quite buzzing at around 9pm when we arrived and almost everyone was Spanish.

Having been ignored by the staff, we sat ourselves down and started attempting to dissect the all-Spanish menu. With none of us speaking any of the language, this proved somewhat confusing especially considering the creative nature of the menu. Was the ravioli really filled with cocoa, ricotta and orange in a mint sauce? (Turns out it was!)

One jug of very boozy Sangria later, we had ordered our food. What arrived was just as flamboyant as expected. One of my friends ordered the steak with chimichurri sauce – an incredible doorstep of beef with plenty of sauteed potatoes, the other went for the special beef burger with the mostaza verde (green mustard.) I ordered the Clandeburger which consisted of a duck burger with spicy onion rings and a horseradish and green mustard mayo.

The burger was quite possibly the richest thing I have ever eaten. It tasted like foie gras mixed with gorgonzola and combined with the lethal green mustard (which was an unlikely poster-paint green) it was pretty overwhelming. After getting 3/4 of the way through it, I had to admit defeat. However, it was certainly an incredible combination of flavours. The beef burger and steak proved to be simpler and less fussy which meant my fellow diners easily cleared their plates in preparation for jug number 2 of Sangria.

All in all, a good experience and highly recommended if you’re looking for something other than your standard tapas restaurant. It’s not overly pricey and has the most unusual combinations of food I have come across for some time. Just beware of the duck – it’s not for the faint-hearted!